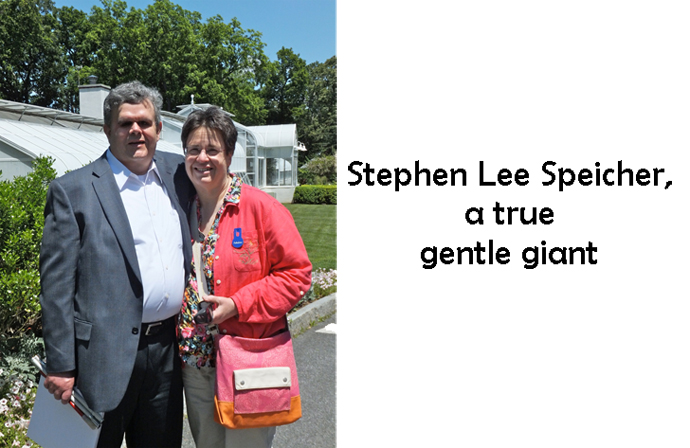 Steve joined the Blind Lawyers affiliate of the American Council of the Blind in the 1970's.  He spent the next 40 years dedicating his time and talents to serving that affiliate, as well as the Library Users, the Braille Revival League, the Council on Families, and the American Council of the Blind. He was a compassionate caring member, officer, and board member until his death in December of 2015. He will long be remembered for his never-ending desire to help others, his gentility and his integrity. Steve demanded thoroughness and complete excellence and responsiveness from ACB and its affiliates. He devoted much time and energy to making ACB better.

He worked tirelessly with the Association of Visually Impaired Attorneys. He encouraged the organization to seek new members and to serve as a resource for its members, and new attorneys, judges and law students that lost their sight. He wanted to ensure that others had what he had, the opportunity to succeed as a visually impaired attorney.

He served the Braille Revival League and Library Users of America as a board member who avidly promoted his love of braille. For the last several years he represented ACB on the National Library Services' Collections Development Committee.   On the state level, Steve served the Nebraska Council of the Blind as a contributing officer and board member. He was a well rounded and committed contributing member of the Council. He cared much, gave more, and sought deep soul searching and integrity in the organization's delivery of advocacy for its members.

With an extraordinary grasp of detail and legal principles, Steve made an indelible impression on his fellow lawyers. He excelled in the areas of consumer and social security law. His thorough knowledge and grasp of facts and legal principles will long be remembered by his Nebraska peers as exemplary. As a gentle but tenacious lawyer he was always seeking to advance his clients' cases by finding that yet unturned stone.

As an advocate he brought compassion, a listening ear and a strong sense of fairness to the issues and causes in which he became involved.

We will miss his quiet integrity, his dry sense of humor and his faith that those of us in ACB could find a way to make progress. He asked us all to be better than we thought we could be. Steve, you will be missed, but we thank you for who you were, and for all that you did as a friend, an advocate, and a truly caring person. Steve's spirit, commitment and love of life are best reflected in the words of Robert Frost who writes in his poem Mending Wall "Something there is that doesn't love a wall, that wants it down." Steve, thank you for the walls you climbed, the walls you bridged, and the many walls that you removed.
* *
ACB Angel Memorial Tribute - Stephen Lee Speicher