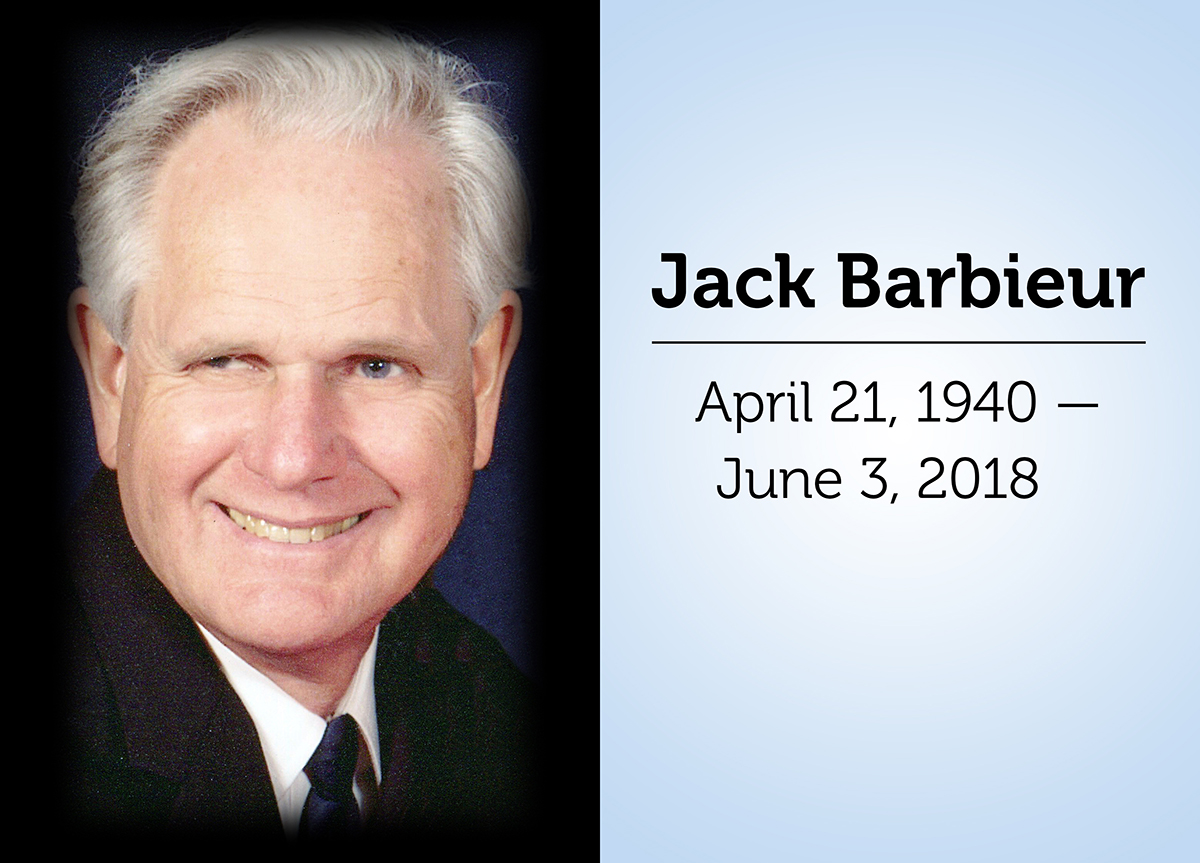 John James “Jack” Barbieur was born April 21,1940 in The Dalles, Ore. and grew up in White Salmon and Vancouver, Wash. He attended schools for the blind in Vancouver, Wash. and Salem, Ore. Due to Stargardt’s disease (juvenile macular degeneration), he was totally blind by the age of 35. The disease is genetic; therefore, he chose to not have children.

Jack did not let his blindness deter him from leading an active life. He snow-skied into his late teens until he could no longer safely see other skiers. Jack went to work for Salem Hospital at $0.60 an hour in the Imaging Department, developing X-ray film in a totally dark room, a job many sighted individuals could not endure. He retired after 42+ years with the hospital. Jack also ventured into the ham radio hobby complete with license, equipment & tall tower (he and his father built and installed) on top of his house.

Jack loved life and lived it to the fullest. Being blind did not stop him from doing what needed to be done, such as cutting a limb out of a tree, putting new siding on the garage, making a new window frame, and giving directions to drive to a cousin's house in Wisconsin. He was inventive and creative. Jack and his family loved to fish. He had his own hunting tags and went hunting with friends whenever the opportunity arose.

Jack was a long-time member of the Willamette Chapter of American Council of the Blind of Oregon (past president more times than he could remember). Jack was a faithful supporter, hardly ever missed a meeting and volunteered wherever he could help.

After retirement Jack and his long-time partner Charlotte had the opportunity to do some traveling. They visited Mexico, Alaska, Wisconsin, Texas, Hawaii, Italy, China, and took a week-long riverboat cruise on the Columbia River and a jet boat up Hell's Canyon.

Jack died June 3, 2018 in Salem, Ore., of ulcerative colitis and primary sclerosing cholangitis. Thank you, Jack, for your kind and patient demeanor, your winning smile, your generous heart, and gentle soul. You will be missed.